Peter Newman attended Goldsmiths College, University of London from 1987—90. Since graduating, he has had solo exhibitions in London, Brussels, Hamburg, New York, Chicago and Tokyo. He has exhibited in Trafalgar Square, the Royal Festival Hall and the Hayward Gallery in London and at The Guggenheim Museum in Venice, Italy.  His work was projected onto the exterior of the 21st Century Museum of Contemporary Art, in Kanazawa, Japan for the inaugural exhibition in 2004.  In 1999 he was awarded the Mark Rothko travel scholarship and in 2005 he received an artist award from the Arts Council of England. His work is in public and private collections including MUDAM, Museum of Modern Art, Luxembourg, 21st Century Museum for Contemporary Art, Kanazawa, Japan, Goldmann Sachs, Bingham McCutchen, Fidelity, The Cleveland Clinic, Land Securities and Great Portland Estates. A permanent Skystation is installed in Cambridge, England and also at the Riverlight development, designed by Rogers, Stirk and Harbour, on the south bank in Nine Elms, London. 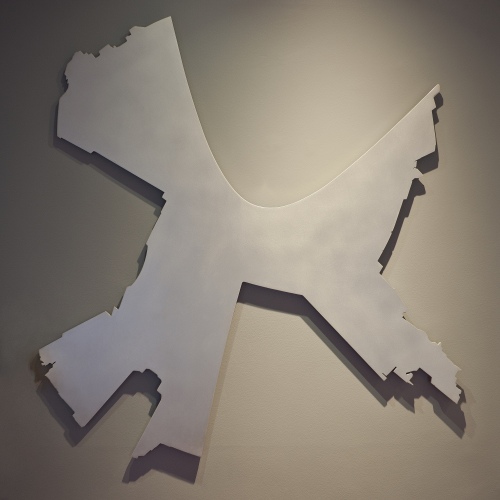